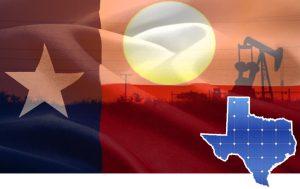 Austin-based Pecan Street, which manages a neighborhood electric test bed, says electrification could shift Texas to a winter-peaking region through the use of heat pumps, according to a September study. Utility Dive reports that ERCOT’s August data shows that the Texas competitive power market worked exactly as it was designed, surviving tight summer reserve margins without any brownouts.

Spot power prices in Texas crashed on Friday, September 6 from a record high as consumers responded to requests from the state’s grid operator to turn down their air conditioners and take other steps to save energy during a brutal heat wave. Reuters reports that next-day power prices at the ERCOT North hub dropped from an all-time high of $974 per megawatt hour (MWh) for Thursday to $73 for Friday.

On Monday, August 12, the Electric Reliability Council of Texas (ERCOT) set another new all-time peak demand record, reaching 74,531 MW between 4 and 5 p.m., reports pv magazine. One resource that could help to meet this peak demand is solar, particularly when paired with energy storage. But Texas has less solar than you would expect. An ERCOT report published in May identified less than 1.9 GW of utility-scale solar, but with much more on the way.

A July ERCOT report shows that 22 percent of the state’s energy was derived from wind in the first half of 2019, overtaking coal by 1 percent, Utility Dive reports. While Texas leads the nation in installed wind capacity by a significant amount, most of the new energy generation projects being considered for the ERCOT region are utility-scale solar and wind facilities.

What is Texas rooftop solar really worth?  A policy report urges regulators to seriously consider the benefits provided by distributed generation

Environment Texas Research and Policy Center and Frontier Group have released a July report: The True Value of Solar: Measuring The Benefits of Rooftop Solar Power, which calls on the Public Utility Commission of Texas (TPUC) to promote solar more actively than it does and has, with a focus on rooftop solar as a leading option for our energy future, reports pv magazine.

In a July post, DailyTrib.com reports that LCRA is adding 141 MW of solar power to its renewable portfolio. The Juno west Texas solar farm will augment 10 MW of solar and 295 megawatts of hydroelectric generation at dams along the Highland Lakes. LCRA provides wholesale electricity to Pedernales Electric Cooperative, the Bluebonnet Electric Cooperative, and cities such as Burnet and Llano.

The City of Garland, Texas notified the Electric Reliability Council of Texas that the 470 MW Gibbons Creek coal plant will be officially retired

According to this July pv magazine article, specific plans for replacement power for the Gibbons plant have not been announced, because the plant is already in a mothballed status. The cities of Denton, Bryan and Garland have invested in a solar project to be constructed in Lamar County, expected to be somewhere between 200 and 500 MW in capacity upon its anticipated completion in June of 2022.

In what could be an important new model for future corporate solar investments, Facebook announced that it is the sole tax-equity investor in the 379 MW Prospero solar project developed by Longroad Energy Partners in West Texas. In this May article, GTM reports that Shell Energy North America is the off-taker, signing a 12-year purchase agreement for the project’s power.

Staying on course with its strategic Flexible Path, CPS Energy has partnered with Go Smart Solar, a local San Antonio firm, to operate and maintain 5 megawatts (MW) of community-owned solar power. Covered solar parking spaces will be constructed throughout the community in a project that will be known as Big Sun Community Solar.

In their analysis released in early May, ERCOT paints an urgent picture, predicting a new all-time peak demand record and the likely need to enter Energy Emergency Alert status to maintain reliability, Utility Dive reports. The analysis forecasts peak summer demand of 74,853 MW, which would be 1.3 GW higher than the previous peak set last July. Total generation resource capacity is expected to be 78,929 MW.​

The Texas Renewable Energy Cooperative (TREC), a private contractor under state oversight, has secured renewable energy pricing below 3¢/kWh on behalf of Texas state agencies, cities, medical institutions, college districts, and public and private universities. This May pv magazine article notes that at least 150 MW of wind and solar will be secured in 12+ year power purchase agreements.

Why Texas lags other states in rooftop solar energy

The Dallas Fed notes that a variety of forces explain why Texas residential solar is such a small slice of the pie of rooftop solar deployment, according to this May Axios article. Texas is among just two states that do not force power companies to buy surplus power from residential projects. Electricity is also cheap in Texas, which translates into a relatively longer repayment period to recoup an initial residential solar investment.

The biggest solar farm in Texas at 690 MW, the Taygete Solar Project secures buyers and will begin construction

With the land secured, interconnection in place and buyers of the power on board, it’s construction time for the behemoth Taygete Solar Project, pv magazine reports. The April announcement by 7X Energy anticipates groundbreaking in the third quarter of this year. The project is reported to be the 5th largest in the United States.

This April Bloomberg article reports that Starbucks is among the few companies that are both buying clean power and investing in tax equity. The company also agreed to buy solar power from two of the Cypress Creek projects, in Wharton and Blossom, Texas. The 10-megawatt solar farms produce enough energy to power the equivalent of 360 Starbucks stores.

Ground has been broken on the Enel Green Power Roadrunner solar project, a 497 MW behemoth located in Upton County, Texas, and exceeded in size only by the 550 MW Topaz project in California. This February pv magazine article anticipates that the first 252 MW phase will be completed by year end. The remaining 245 MW is expected to reach completion just a year later, at the end of 2020.

Georgetown has often been cited as a renewable energy success story, with well publicized claims that it is powered by 100% renewable energy. In February, the city was subjected to several news media reports that the City’s energy contracts were losing money. The Georgetown utility explains what happened in this series of frequently asked questions.

In this February report, Greentech Media describes the launch of Texas’ first grid-tied, vehicle-to-grid (V2G) research and testing center. Pecan Street Inc., an Austin-based energy research organization, and the municipal utility Austin Energy, are testing V2G as part of a larger project to optimize the integration of DER, inverters, and smart controls on the grid at utility, commercial and residential scales.

Texas is getting ready for a major boom in its utility-scale solar market, on track to exceed a record 1 GW in 2019

The January ERCOT report released in February shows a connection queue of 11 utility scale projects totaling 1,232 MW that are expected to come online during 2019, reports pv magazine. Five projects totaling 717 MW have met the requirements for being included in planning models and Wood Mackenzie estimates that 440 MW is presently under construction.