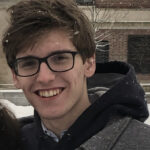 Access to clean and affordable energy is an essential part of modern life. Cooking, cleaning, doing homework at night, running the air conditioning in the hot Texas summers, and much more all necessitate reliable energy access. Yet, for many families, these essentials transform into luxuries because they experience what experts refer to as energy poverty or the lack of access to energy services due to high prices or insufficient supply.

Although recent attention has focused on energy poverty, it’s frequently framed as a problem exclusive to the developing world. However, in the U.S., a sizable portion of households struggle to afford their energy needs. Based on data from the Energy Information Agency’s (EIA) 2015 Residential Energy Consumption Survey, 11% of households had to keep their homes at unhealthy or unsafe temperature levels, 14% of households received energy service disconnection notices, 22% had to limit spending on necessities to afford their energy bill, and finally, 31% — nearly one in three households — had trouble paying energy bills.1

How is it that such a high percentage of Americans experience energy poverty?

While an important aspect of the answer boils down to the ratio between income and energy costs, there are many reasons why families find it difficult to afford energy costs. According to the Texas Energy Poverty Research Institute (TEPRI), housing type and quality as well as inadequate access to energy-efficient technology are other factors that contribute to energy poverty.2

Low-income neighborhoods contain the highest percentages of families experiencing energy poverty. Houses in these neighborhoods typically have sub-standard installation and are often built on “a least initial-cost construction strategy” according to TEPRI. This means that low-income individuals not only have less money to spend, but relative to those in more affluent neighborhoods, the same amount of money doesn’t stretch as far due to energy inefficiencies.

Another study found that stores in low-income neighborhoods are less likely to sell energy-related products like LED light bulbs.3 The high cost of replacing appliances with newer energy-saving alternatives remains prohibitive to people experiencing energy poverty. This creates a confluence of factors that contribute to energy poverty’s prevalence. Moreover, it’s unlikely that people experiencing energy poverty can make quick fixes to reduce the financial strain since that often comes at the cost of making costly improvements or relocating.

Thankfully, governments and community-based organizations have established an increasing number of programs that attempt to remedy these inequities. At the federal level, the Weatherization Assistance Program (WAP) and the Low-Income Home Assistance Program (LIHEAP) offer some assistance, although critics allege that these programs are underfunded and underutilized. Governments have created programs that attempt to educate consumers on energy-saving behaviors with mixed success. Finally, partnerships with community-based organizations like churches, universities and non-profits have been shown to improve public outreach and program effects.

The role of renewable energy, notably solar, is perhaps one of the most important aspects of the response to energy poverty. The City of Baltimore has demonstrated the potential for solar to serve low-income populations that are most likely to experience energy poverty.4

As the price of distributed solar becomes more affordable, the number of homeowners who can invest in solar increases. Often, government programs are key to making solar viable for low-income homeowners. Additionally, community solar models can dramatically increase the number of people who can share in solar’s benefits. The future involves scaling up these efforts and innovating new ways to make solar accessible to more consumers.

While it may require significant up-front investment to address energy poverty, the cost of doing nothing is even more significant. Currently, nearly one-third of Americans struggle with meeting costs associated with their energy needs. Additional research finds that energy price increases could push thousands more into poverty.

Energy poverty is also associated with poorer health and wellbeing outcomes. According to TEPRI, “high energy burdens are linked to significant negative non-energy effects” including “incidences of increased illness and morbidity, derived from asthma, depression, anxiety, diabetes, stroke, and heart attack have all been attributed to low-income energy burdens.”5

Addressing energy poverty is ultimately a social policy. However, evidence from other countries and existing programs in the United States prove that it’s possible if there is political will. Within the response lies an opportunity to improve the lives of those experiencing energy poverty with renewable energy. Now, it’s up to solar to help lead the way forward.

Jack Maedgen is a junior Government and History major at the University of Texas and an Austin native. He’s been a part of the University Interscholastic League (UIL) and The Texas Orator. Jack was an intern for TXSES during the 2021 spring and summer semesters.