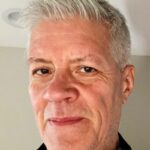 For nearly two years now, a coalition of clean energy developers, advocates, and experts from across the U.S. has been working to develop a better understanding of how to build the least-cost, most reliable grid possible. The outcome of this work by the Local Solar for All (“LS4A”) coalition (localsolarforall.org) documents the exciting and money-saving potential that better models and analysis reveals is available from aggressive growth in the distributed solar and storage markets.

The LS4A team joined forces with Vibrant Clean Energy, a modeling firm based in Boulder, Colorado to use a new utility planning model called WIS:dom-P (“Weather-Informed energy Systems: for design, operations and markets”) to break through the limits of old-style utility models and, for the first time, understand the role that solar + storage distributed resources can play in decarbonizing our economy in an affordable and sustainable way.

The WIS:dom-P model was built to thrive in big data in a way that the old models simply can’t handle. With 10,000 times more data points and a resolution down to five minutes, three square kilometers, and one kilowatt, the model can identify the right resource in the right place at the right time to serve demand for electricity most economically. Not only can the model evaluate both large and small resources (below the 69 kV grid level), it also evaluates each kind of supply along with the cost to transmit and distribute it. Solving for electricity demand from a systems perspective reveals new savings opportunities across 80% of the hours in the year.

These amazing benefits arise for several reasons—some expected and some delightfully surprising. Because distributed solar and storage match better with load, these right-sized resources reduce over-building of expensive generation. The WIS:dom-P model can also identify when more expensive local resources are actually a better deal than cheaper resources when accounting for transmission and distribution costs. Even more amazing, the model shows how distributed resources actually reshape the system load that the utility system must serve, getting higher value and more savings out of the large-scale resources, especially wind and solar, as well.

The LS4A team launched its campaign with a study of the lower 48 U.S. states and learned that by optimizing and coordinating distributed solar and storage in utility system planning, the U.S. could eliminate 95% of the carbon emissions from the electric system and save nearly $500 billion in total system costs compared to a business-as-usual approach. The least-cost system has 247,000 MW of distributed solar by the year 2050 and relies on more than 9,000 GWh of utility and distributed storage, about evenly split, by the same date. A distributed solar and storage future also includes two million more jobs than the business-as-usual approach.

The LS4A coalition is planning even more analysis, including evaluation of proposals under discussion at the federal level. And since releasing the first national study, the team has studied the grids in Illinois, California, and New York and added evaluation of economy-wide electrification and impacts on environmentally and economically disadvantaged communities. Every study shows that the savings and other benefits only grow with these strategies. The future is clearly going to be much more distributed—with solar and storage—if we want an affordable, low-carbon energy economy.