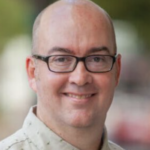 How often do you wander into your boss’s office to resign and he ends up offering you something you really want to do? In Jason Pitman’s case, it was leading the clean energy and sustainability business line for a global consulting firm. Jason’s 18 years of clean energy experience ranges from large utility-scale systems and distributed residential and commercial systems to the development and execution of utility integrated solar programs. In 2016, Jason co-founded Go Smart Solar as a way to develop innovative business models that would lower the cost of solar because, as he says, ‘…the benefits of solar energy should be available to everyone.’

We caught up with Jason recently to talk about – what else – solar writ large and community solar specifically. Here’s our conversation.

TXSES: From environmental engineering in school to Go Smart Solar, it seems like you were destined to be an innovative presence in the solar space.

JP: I was fortunate to have the opportunity to focus on clean tech and sustainability for more than a decade while at URS Corporation. I was, and still am, driven by an environmental ethic. While at URS, I built a B2B focused business line around solar and sustainability. After URS, I spent three years at a small solar developer developing utility integrated solar programs. I really wanted to make a difference, to help more people directly benefit from solar by lowering their energy burden and cutting personal emissions, and that meant distributed generation. Both of these experiences helped me understand the importance of leadership and recognized opportunities to leverage innovation to solve energy market challenges like access to capital and credit, value stacking, utility models, homeownership requirements, and equity issues in the community. Once I met my co-founder, Robert Miggins, building an innovation-driven energy company to solve these challenges was the obvious next step.

TXSES: That’s a different, distinct set of hurdles. How did you switch?

JP: There are barriers to going solar, like up-front costs, owning a home, having a viable roof. What motivated me to pivot from utility-scale to community-scale solar and partnering with utilities through innovative business models. At Go Smart Solar, we veered from solar’s environmental benefit to community solar’s more equity-centric mindset: solar should and could be available to everyone regardless of their economic status.

TXSES: Solar is such a democratic resource. The sun shines everywhere. But how do you help utilities overcome their solar fears? Utilities make money when they generate power. If more people put solar on their roofs, utilities might perceive this as a threat to their bottom line and make it difficult for folks to go solar with unnecessary fees and punitive policies. This isn’t a new tactic.

JP: Go Smart Solar isn’t in the business of trying to put utilities out of business. In fact, we want to help them deploy as much solar as they possibly can. We made a decision early on that if we were going to achieve our goal of more solar for more people, we need to partner with utilities not work against them. We’ve found that if you have an idea that checks all the boxes and makes sense, utilities will consider it.

JP: In late 2018, we were awarded a CPS Energy contract to build, operate and maintain 5MWac of community solar. This 5MW was broken up into 12 different facilities…solar carports, to be exact, all around the San Antonio community. We think covering large parking lots makes sense (think heat islands). And who doesn’t want covered parking in Central Texas – solar PV covered parking at that! We launched the program, started building the generating assets and began selling to customers. And then COVID hit.

TXSES: Ouch. How did that affect the roll-out?

JP: It definitely had an effect, but despite the pandemic, we pushed. Robert and I made a decision early on, we wouldn’t furlough or lay off any of our staff due to the pandemic. Instead, we focused on creating positive user experience by investing more resources in our solar technology platform Core99. Core99 is our utility and customer facing software platform which drives all our community solar programs. Then we focused on the customer through customer service and the UI/UX- we helped customers figure out the right number of panels that’s best for them. Customers could buy as little as one panel or enough to offset 100 percent of their load. The average offset is about 80 percent. What’s so great about this project is that it doesn’t matter where in CPS service territory you live. The credit will follow you wherever you move. We also offered a down payment assistance and financing program for low-income customers.

TXSES: Are there any spots left?

JP: We sold all 5MW! CPS Energy started its community solar program back in 2016 with a very successful 1MW pilot program which prompted the 5MW project.

TXSES: That’s great. Given the recent Texas grid blackout, it’s not hard to assume distributed solar is a smart idea. Have you seen an uptick in business?

JP: Distributed solar is beneficial anytime you generate energy. Next to the point of consumption, generation adds operational value to the grid. There’s no congestion risk, plus we can target stressed areas of the grid. During the blackout, we learned that some of our systems were connected to critical circuits which meant they continued to produce power during the rolling outages. In the future, we’d like to be able to connect our assets to critical circuits which would provide more value and certainty to the grid. Plus, these community-scale projects are highly visible in the community.

JP: Perhaps one of the biggest challenges is how to address bad actors in the solar industry:  those who don’t give consumers the facts and distort the truth; they install panels on shaded roofs and assure consumers electric bills will be zero. That’s who we’re in competition with. Ultimately, it’s up to consumers to be well-informed before they buy anything; caveat emptor. But solar rooftop systems are complicated. Consumers don’t think about kilowatt hours or annual maintenance. If you put solar on your roof and the solar installer says it’ll produce x/kWh/month and your local utility gives you a rebate, who’s tracking production? What about consumer protection around long-term performance? Unfortunately, there’s no code of ethics. We at Go Smart Solar look at the consumer experience with an eye toward advocacy.

TXSES: Have you heard about SB 398 (Sen Menéndez), the Solar Consumer Protection Act? Among other things, it includes mandatory minimum disclosures for purchasing, leasing and purchasing power agreements. We’ll be keeping an eye on this one. What’s surprised you the most about this work?

JP: Deploying Big Sun Community Solar. There are so many people who really want to do something to help protect the environment and fight climate change. They know the very least thing they can do is recycle because that doesn’t cost anything. They feel like they couldn’t adopt solar because it’s expensive. But through these community solar projects, more people are able to go solar because we’re using innovation to eliminate barriers. It continues to be so rewarding to be part of this work.

TXSES: It’s our great good fortune you’re part of the Texas solar community, Jason. Thanks so much for sharing your work with us.