Since they were teenagers, Derrick and Eric Hoffman have been in the electrical services business, learning the basics from their father, Tom. As their apprenticeships evolved from part-time to journeyman to master electrician, the brothers Hoffman knew there was more they wanted to do in their trade. We caught up with Derrick to learn how he and brother Eric diversified their traditional business to include solar+storage.

TXSES: You and brother Eric came from a traditional electrician training, working with and learning from your dad. What was the aha moment – that sudden realization when you and brother Eric decided to add solar+storage  skills and services to Hoffman Electric and become HE Solar? 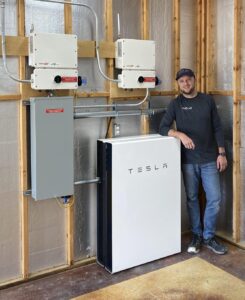 DH: We grew up with a traditional exposure to the electrical trade with our dad. As we became older, it became a full-time gig. We grew up in the country outside of Austin, spending summers in Colorado and Utah. I think it’s fair to say we became tree-huggers due to the landscape of our upbringing. We became journeymen and master electricians as we earned a Bachelors’s Degree in Construction Technology at Texas State, loving the classes around sustainability. We installed solar on our houses and I became NABCEP-certified in 2011. That’s when we started HE Solar, the inspiration to do something that would make a difference.

TXSES: And now your dad works for HE Solar!

DH: He does! He’s an incredibly valuable resource. And as batteries become more in demand, there’s nothing more essential than an experienced electrician. We’re lucky to have him working with us.

TXSES: Let’s talk about your workload. Been busier than usual post-Uri? More demand for solar+storage?

DH: Yes and yes. We’re working long days to keep up. Before Uri, potential customers really weren’t interested in batteries. But now, storage is definitely part of the solar conversation. We don’t push folks to go solar but we want our customers to know more about the technologies. Current turnaround time for systems is anywhere from one and one-half to three months.

TXSES: Would you say consumers are better informed about solar and storage? How’s your inventory? Can you get product?

DH: Yes, consumers are better informed. They ask good questions. We work closely with our distributors so we can forecast supply properly. We use REC Alpha and Panasonic panels. We’ve found these produce better in warmer climates like ours here in Central Texas.

TXSES: With increased consumer demand, how’s your staffing? What kinds of skills are you looking for?

DE: This may sound flip but if they show up for a job interview, that’s a plus. Seriously, we’re actively looking for help, for those with a strong commitment to safety and doing the job right. It’s tempting to take shortcuts, but when you’re on a roof with a tight slope, shortcuts are the last thing you want. Whenever I interview potential employees, I emphasize the excellent career path opportunities, from apprenticeship to sitting for licensing exams. Demand for electricians has never been greater. And to have solar+storage experience is only going to stay on the rise.

TXSES: Sounds like job security to me. Let’s talk a little bit about what’s happening with solar and the Pedernales Electric Cooperative (PEC). You live and work in PEC’s service territory. The PEC board has recently proposed a series of anti-solar policies and fees that, if adopted, could seriously sideline solar, affecting your business and PEC owners who are already solar customers or who want to go solar.

DH: We live and work in PEC’s service territory. These proposed solar rate increases and other punitive solar policies would definitely affect us, our business and our customers. Coops discourage customers from excess generation when they should be encouraging customer-sited generation to help with grid resiliency. We also service customers in Bastrop, Buda, Kyle, Dripping Springs, Wimberley, Johnson City, Canyon Lake, San Marcos and New Braunfels. Our average system size is 8-9kW which offsets between 70-90% of a customer’s load. 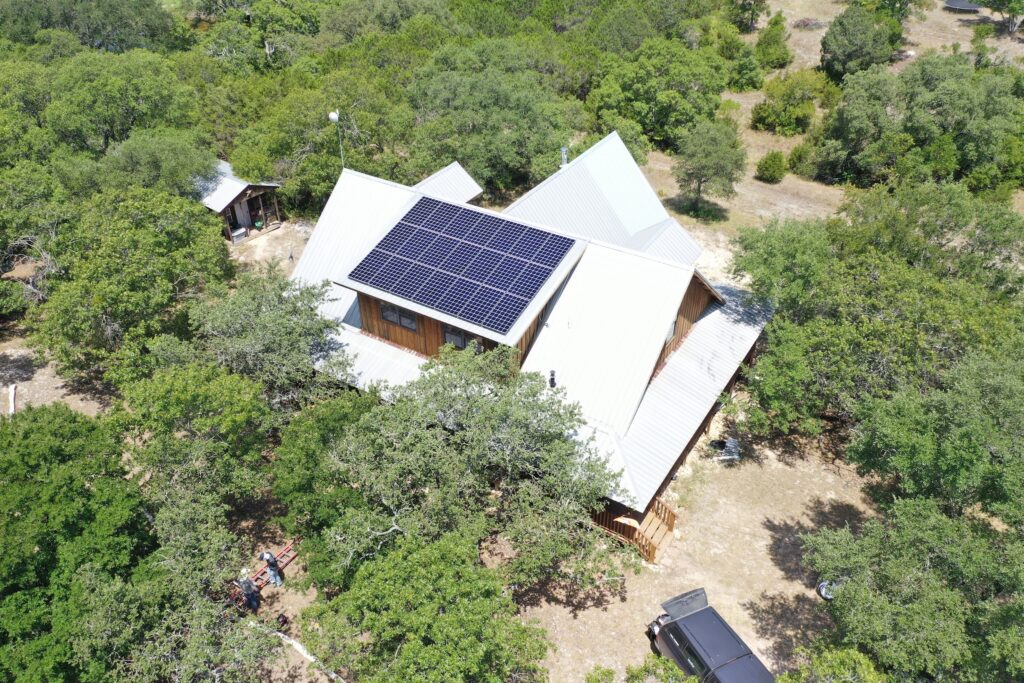 TXSES: With Uri still in our collective memories, you’d think coops, which are owned by their members, would be aggressive about implementing policies that promote grid resiliency and clean energy. Apart from fighting PEC’s regressive solar policies, what’s your biggest challenge?

DH:  The technologies constantly morph which is a good thing for efficiency. But it also means that when you service systems, you’ve got to have lots of different supplies on hand. And the National Electric Code (NEC) changes every three years. We’d love a 100% success rate, but we need to fine-tune each system every five years. Also finding and keeping employees who have a strong commitment to quality workmanship and respect for safety is always a challenge.

TXSES: What’s surprised you the most with this work?

DH: Couple of things have surprised us: 1) how much we’ve learned about local areas. It was really a smooth transition for us as we moved into the residential solar space. Central Texas has become a lot smaller for us; and 2) as demand has grown, we’ve made friends and built strong relationships with our customers.