I do not need to spend time to convince readers of this newsletter that solar power is the future of electric generation. But the way we generate that power will include many more technologies than the solar panels we are putting on rooftops today. Indeed, I expect solar panels and coverings to be ubiquitous and very cheap. For many applications, and I know I tempt the gods here, it will be too cheap to meter. Let’s take a tour of the changes we can expect over the coming decades.

Solar Windows
SolarWindowTM Technologies uses organic photovoltaics (OPV). In 2017, the company licensed its spray-on coating process to Triview Glass Industries. A 50 percent transparent window could produce 50 watts of energy per square meter. However, stability and degradation are problems with OPV. Quantum dot technology could solve that problem. A semiconducting nanocrystal can fluoresce and be embedded in transparent material within a solar window to form a luminescent solar concentrator. Trapped light can then be redirected to a nontransparent solar cell on one edge of the window. The companies Glass to Power in Italy and Physee in the Netherlands both use this technology. 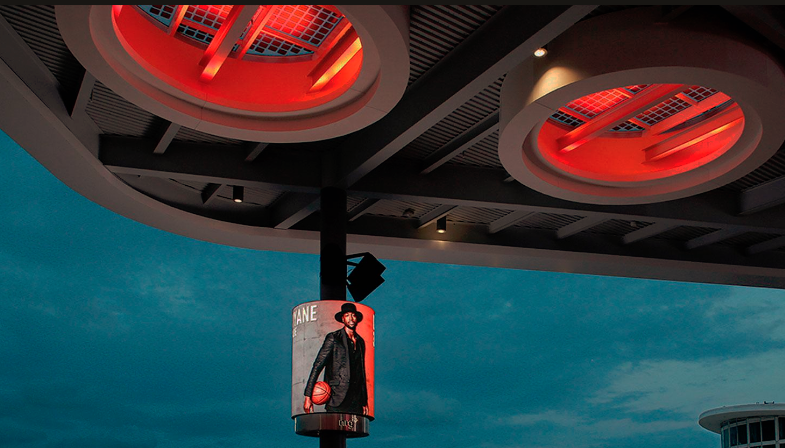 The largest PV window installed as of late 2019 was a skylight in a London office building that was produced by the Spanish company Onyx Solar. Onyx Solar uses lasers to remove the opaque silicon layer and back contact from thin-film solar panels to make them more transparent. The company also has installations in the NBA’s Miami HEAT American Airlines Arena in downtown Miami and agreed to install the world’s largest PV skylight in the Bell Works building in New Jersey.

Solar Coverings
Three types of solar paints are in development. One type absorbs moisture from the air and uses solar energy to produce hydrogen. A second uses quantum dot technology and could be up to 11 percent more efficient than traditional solar panels. Scientists at the National Renewable Energy Laboratory (NREL) have developed a quantum dot solar cell with 13.4 percent efficiency, surpassing the 10 percent efficiency that many experts consider minimal for the commercial viability of solar paints. 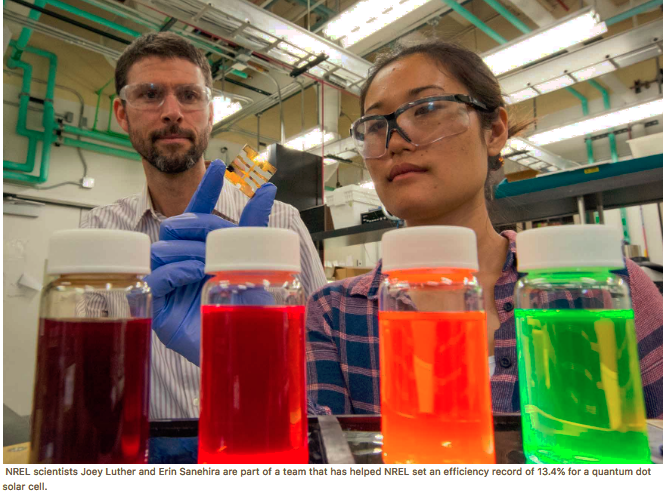 And assuming that the durability and a few other issues with perovskite solar technology will be solved, spray-on solar paint will be available. These types of solar paint have the potential to expand solar power generation to wall coverings, vehicles, appliances and many other surfaces. The problem with the paints so far is the low conversion efficiency, but the potentially low cost and ease of application will eventually spread this technology everywhere.

Solar coverings may not always be used for the generation of electricity but as an energy efficiency measure. A new type of solar paint could help cool homes. The paint, developed by the Israel-based start-up SolCold, absorbs heat from the sun and re-emits it as higher-frequency light, producing a net cooling effect. According to simulations, applying the paint to the roof of a home could make a top-floor room feel up to 10 degrees C cooler. Shopping malls and stadiums are expected to be among the company’s first customers.

Many stadiums, parking garages, reservoirs, warehouses and other buildings could become primarily power plants, because of their relatively low energy consumption and large surface areas. In the future, it may be common for such buildings to form bilateral power contracts with nearby commercial office and retail buildings.

Some even foresee solar power sources developed in concert with and in nature. Synthetic “solar trees,” such as those in Singapore, could dot our landscape, intermingled with organic plants that may also be hosting integrated energy-harvesting technology. Landscapes may be offering energy, life-giving oxygen and natural beauty in one hybrid ecosystem. 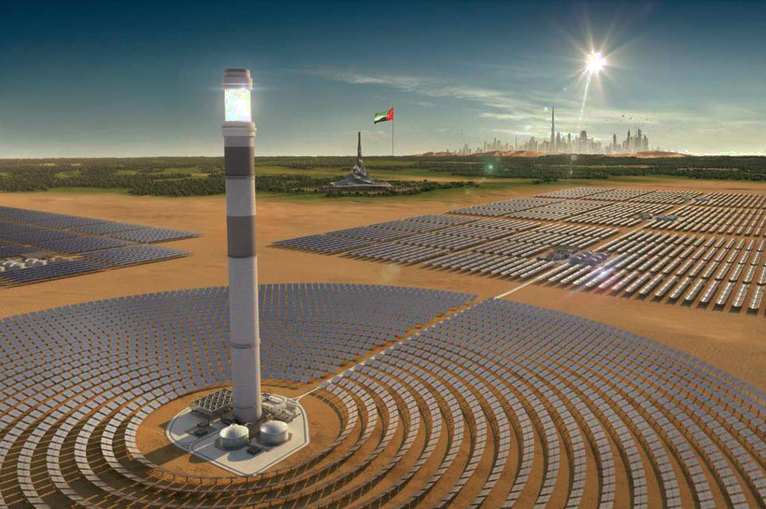 Electric transmission lines using advanced superconducting materials could connect the solar power potential of the Sahara in North Africa to the European continent and the rest of Africa. In fact, just one to two percent of the Sahara covered with solar could power the entire planet. The great deserts on each continent – Arabian, Sahara, Gobi, Victoria and Mojave – could easily power the world through an internationally connected grid. Some even envision huge, replicating solar “breeder” plants producing new solar PV on-site, essentially growing the solar plant while simultaneously producing renewably sourced energy.

It has long been known that converting even a fraction of the solar radiation hitting our planet could meet all our power needs. We started with a small device that could convert only 1 percent of the photons hitting it into electricity. In 1954, Bell Labs developed the first solar panels that led to the rooftop and utility-scale installations of today. Now we are on the verge of developing technologies that will truly allow us to make electricity available to everyone on the planet at affordable costs, using every imaginable surface.

Roger Duncan is the former General Manager of Austin Energy and a former Austin City Councilmember. His recent book, along with co-author Michael E. Webber, is “The Future of Buildings, Transportation and Power.”